Archive Hour – Get involved & have fun!

Archive Hour went ‘live’ for the first time on Twitter on 26th October 2017 and we have had a fantastic response from the archive sector so far! Set up by nine ARA social media officers as a ‘space’ for the sector to talk about the issues in the profession, it is a place to get informed advice on the topics that interest you….. but also have fun too! 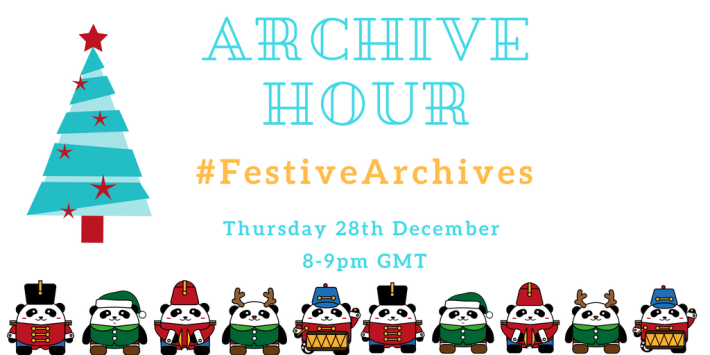 The first Archive Hour topic was on digital preservation, hosted by ARA Scotland’s Social Media Officer Julie Devenney (that’s me!) with guest hosts @SueCorrigall, @timgollins, @jennyhuntp, @GarthStewartI and @BarbaraFuentesP – all from the Digital Records Unit at the National Records of Scotland. We had a great time hosting and looked forward to the next #archivehour. The second one was hosted by ARA Film Sound Photo’s Social Media Officer Rebekah Taylor on 30th November along with @UCAdigitisation, @BarnsArchives and @jh_archivist and focused on audiovisual heritage. It was great to see so much engagement in these first two months with lots of great advice given and resources suggested by the guest hosts and interested followers.

It was a fun and interesting way to learn from others in the sector but also a great way to get to know others within the profession. Our third host, ARA Ireland’s Communications Officer Niamh Ní Charra, revealed on Monday a fantastic way of doing just that for this month’s Archive Hour on 28th December! Over to Niamh for more on this festive initiative!

(Hi folks!) As ARA Ireland’s hosting of @archivehour falls in the period between Christmas and New Year we wanted to keep things light and fun and so have chosen ‘#FestiveArchives’ as our topic, something that should appeal to everyone! Along with festive themed questions which we will pose over the course of the hour, in a one-off feature, we are asking everyone to join in with Archive Hour’s first ever virtual Secret Santa!

Fancy joining in? How does it work? Read on!

1) Get your name on Santa’s list! Everyone wising to take part should Direct Message @ArchiveHour before 12pm Thursday 21st December with the message “Count me in!” 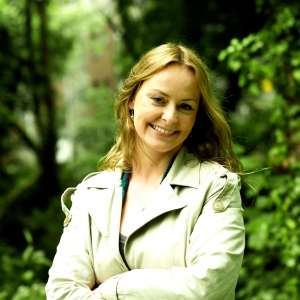 2) Find out who you have! Keep an eye out for a message from @ArchiveHour which you should receive by 5pm Friday 22nd. This message will inform you who you have been assigned. We then encourage you to find out a little about them and what they do.

3) Plan that festive tweet! Once you know your Secret Santa recipient we suggest that you plan and prepare a lovely festive tweet which will be sent to them during Archive Hour on the 28th. Perhaps you have something in your collection you feel they might find interesting. Or maybe you want to congratulate them on a project they have been involved in? Lots to think about!

4) Send that tweet! At a designated time during Archive Hour will we announce that it is Secret Santa time. At that point we want you to send your festive tweet to your recipient, and keep an eye out for one from your own Secret Santa. Once you have your tweet prepared we suggest you save it as a draft, ready to send. 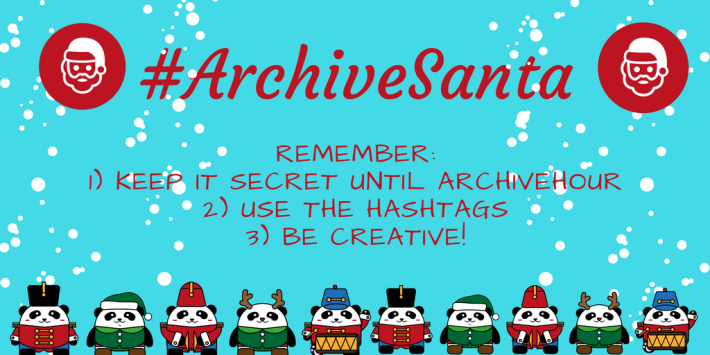 So why not join in with Archive Hour’s first ever virtual Secret Santa, get away from the mince pies for a bit, and have some festive Archive fun with us on 28th December, 8-9pm! Everyone welcome!

‘Off the Record’ will be taking a break over the Christmas period and will return on Friday, January 6th, 2018.